Throughout the history of machine learning, there have been tools that have tried to make it easier to build a learner, with a focus on the “practitioner” rather than the research scientist or professional software developer.  These systems have come and gone, but none seem to have really taken off.

On the heels of the Microsoft’s February 2015 launch of Azure Machine Learning , yesterday Amazon announced its own cloud-based machine learning solution.

This system sets a new bar in the ease of getting a Computer Brain to do something Massively Cool.  Really:  it’s easy enough that Granny could use it: if she had gone to the trouble to collect a data set, she could probably get Amazon to learn.    Investment portfolio prediction anyone?  Dinner preferences by party demographics?  A personal exercise calculator, based on her own FitBit data and physical parameters?  Churchgoer churn analysis?  Just wait.

Azure’s solution is already aimed at a very different audience than other learning systems; it uses a visual metaphor—shown below—to let the user create a flow of data as it passes through various filters and learners.  But there’s a trade-off: due to the sophistication of the system, there is also some necessary complexity in the UI.  It would take at least a few days to learn to use it effectively, especially if you don’t have a programming or data background.

Enter Amazon machine learning.  Says Top Tech News, “In 20 minutes, one Amazon developer was able to solve a problem that had previously taken two developers 45 days to solve.” Hard to believe, but if your problem fits the Amazon solution, I believe it: learning requires just a few wizards. Create a free account here, make an Excel file with sample inputs and targets (e.g. historical churchgoer age, gender, attendance, marital status with a target of whether they left the church within a month or not).

Then upload your data: 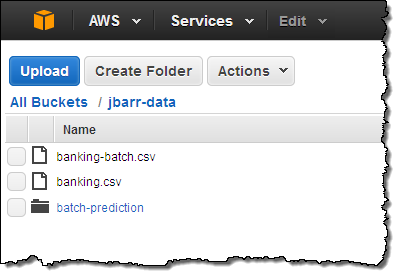 Then it’ll automatically guess as to how your data is organized: 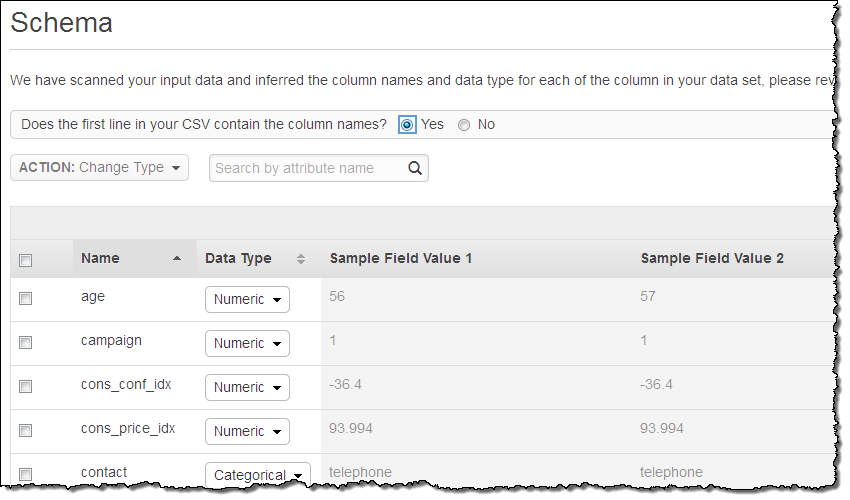 Then tell it which field is your target, configure other parameters, and hit “finish”: 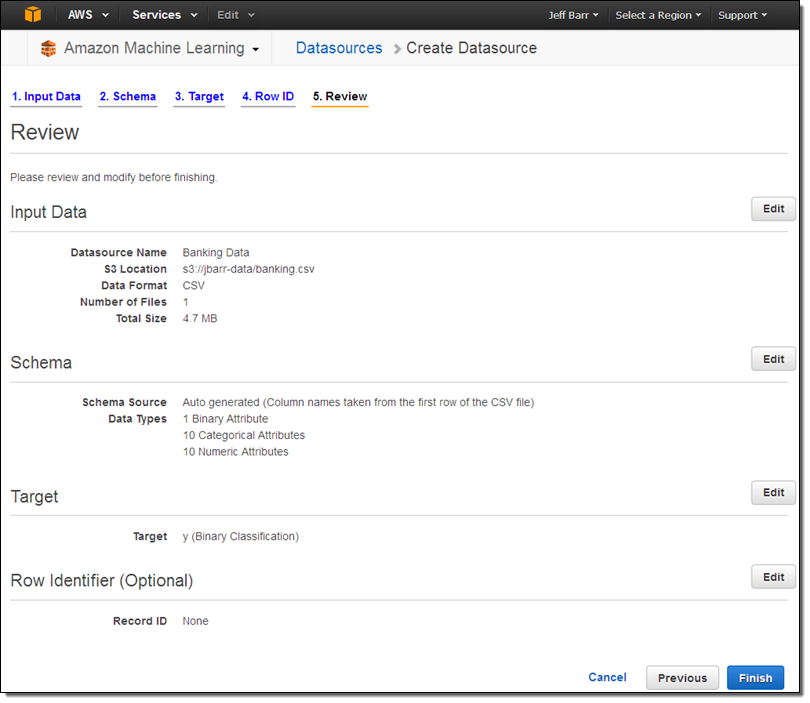 After a few more simple screens, your learner is trained: 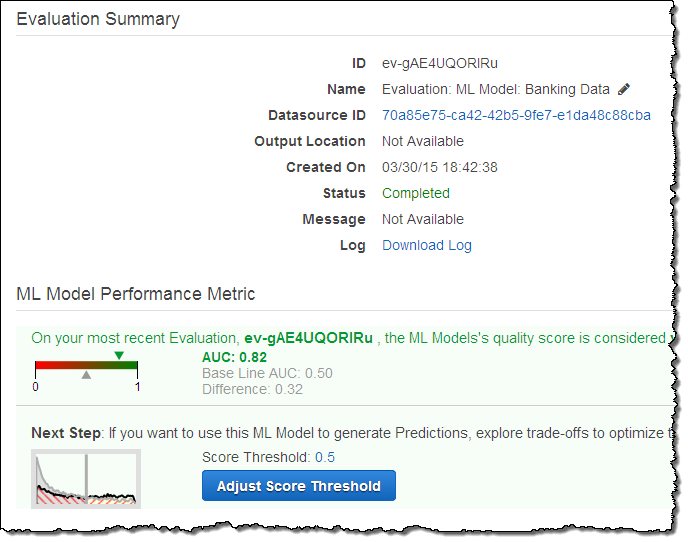 Now you can deploy a system that will use this historical data to predict your target.  Given this new churchgoer, is he likely to leave?  Should you visit his house, help him to feel welcome?  This is the same technology that mobile telephone companies use to decide who to call if they think they’re about to lose to a competitor, and, with this solution, it’s accessible to a much broader audience.

An aside: the score threshold functionality is terrific, and represents the first in a type of new feature we’ll see much more of going forward: interactive visual exploration of machine learning parameters, both before and after training.

And that’s only a step or two from here to full agency-based interactive decision modeling, which Microsoft could be eyeing more seriously.

The other thing we’re going to see going forward is a feature race, as these easy-to-use systems add more capabilities like deep learning, support vector machines, decision trees, thousands of traditional statistical models, and more.  Microsoft has a leg up here: its acquisition last Friday of Revolution Analytics gives it access to a treasure trove of functionality.

So hold on tight, it’s going to get pretty exciting from here on out.