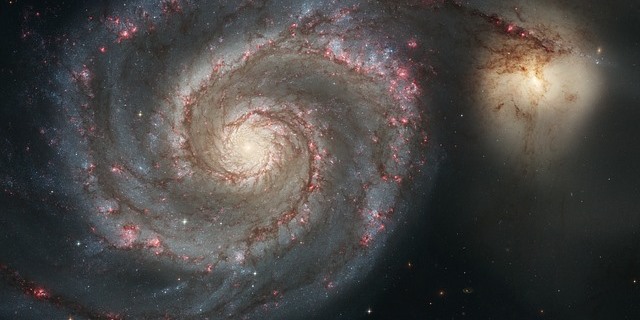 No matter whether you pull for Donald or Bernie or are an “occupier” or a “tea partier” or anywhere in between, you have to admit that we have a problem. The system is broken, due to gerrymandering, big money, or any other possible reason that you can name. We have issues, such as “income inequality,” or “climate change” that are of major concern to one of our major parties while the other is somewhat unconcerned to the extent that some within the party don’t think that the problems exists; we have one party claiming credit for what it sees as tremendous success of its health care bill while the other party constantly tries to repeal or dismantle it.

Gone are the days of the bipartisanship that brought us the Civil Rights and Voting Rights bills (even in the face of southern segregationists) and Environmental legislation. We have a booming economy in terms of Wall Street and corporate profits and a stagnant one in terms of worker salaries and buying power.

Worse, we have an uniformed and / or uninterested population, content to focus on keywords or family history in choosing representatives (although many have no real choice due gerrymandering). I remember when radio firebrand Sean Hannity sent out a staff member to go into a mid-American bar to ask questions – in two consecutive administrations, only 50% of those asked could identify the elective positions held by Al Gore and Dick Chaney!

Our potential candidates tend to use clichés without really addressing problems and “talk-by-each other” in debates – and, no matter which one wins, it seems that we, the public, will be the losers.

What does all this have to do with technology? – this is a technology column after all! Well, the question requires a bit of background and a two-part answer.

In 2012, Pulitzer-Prize winning reporter and Emmy Award winning television producer Hedrick Smith published a book, “Who Stole The American Dream,” in which he details the significant economic and business policy changes that have taken place in the last forty years, bringing us to the state in which we presently find ourselves. Smith explains
what he calls the “virtuous circle of growth” that existed under “stakeholder capitalism”— a term that meant that companies saw a responsibility to the workers and the surrounding communities as well as the shareholders in the company. This focus disappeared in the 1990s as the responsibility of companies became considered only the maximization of return to shareholders. Smith, in this well-written 466-page book, shows how that this shift in focus also led to the compression of the middle class – a condition which has received many comments in the press by pundits.

On April 1 of this year, Smith published a video of a TEDx talk that he gave, “Can we heal our great divide?” (below), which while containing much of the same material as the book, was replete with descriptive graphics, such as system flows of the cycles described by Smith in the book, and the “talk” was a talk delivered by Smith himself (I recommend the video to all).

Without knowing the exact sales figures for the book, I can’t be sure of its actual market penetration but I speculate that the video has had a greater impact. Some people may have bought the book but “still haven’t gotten to it” but all who downloaded the video have gotten to it and many may have shared it with others (who in turn may have shared it to others). I know that it has become viral on Facebook and I know that I have forwarded it to people who have not only forwarded to others but, in the case of Dewayne Hendricks, have put it up on a mailing list that goes to thousands of readers—a list well worth joining; Dewayne has great sources for stories of importance.

Smith believes that the ship of American life may be righted through “grass roots reform” and he has a web site that both details success stories to date through this method (e.g.  “Maine’s adoption of the Clean Election system by a statewide voter referendum in 1996 with a 54% popular majority marked the first time that a state had enacted public funding
in the United States.”)  and lays out the methodology that Smith sees as necessary for “reclaiming the American Dream.”

Coincidentally, my guest last week on my radio show  was Lorien Pratt, co-founder and Chief Scientist of Quantellia, a firm which specializes in solving “big problems” (see the site home page for a short list of some of the problems which Quantellia has effectively dealt with) through the use of “Decision Intelligence,” a term which Pratt uses to distinguish Quantellia’s processing from the rather new process called “Decision Engineering,” which partially underlies Quantellia’s processing.

Confused by these new terms and concepts? This may help – visitors to Pratt’s blog, “Grok”  will not only see lively and interesting postings about the Decision Intelligence approach to solving problems but, by signing up to the site, will receive a free e-book, “Decision Engineering – A Primer,”, written by Pratt which explains in non-technical jargon, by a real-world example, the process.

Even more impressive to me in reviewing Quantellia’s bag-of-tricks is the World Modeler Blog, which details some of Quantellia’s work in public policy related areas. An example of this activity was the firm’s work with the Carter Center on a project the Center was involved in in Liberia. I quote “In the fall of 2012, Quantellia was approached by The Carter Center to study a breakthrough program in Liberia. The Carter Center uses Community Justice Advisors (CJAs)—legal paraprofessionals from local communities—to support plaintiffs and defendants as they navigated through two legal systems in Liberia: the “formal,” or Monrovia-based state-run system; and the “customary” system used in more rural areas.

“Since the ultimate goal of this program was peacebuilding, Quantellia built a systems model to explore how spending dollars on this approach, which had substantially
lower infrastructure costs than more centralized programs, could help the country to “do more with less,” and to move from a “vicious cycle” of conflict to a “virtuous cycle” of economic prosperity and peace.” – there is more information on the project at the site.

There is information on other public policy–related projects at the site, such as “Tax Policy and the Economy: Towards Better Understanding and More Productive Discussion” .

I was particularly taken by the fact that language used in the description of the work with the Carter Center (and in Pratt’s discussion with me) mirrored some of Smith’s use of words—particularly in the term “virtuous cycle”. An additional particular point of interest was the fact that the methodology described in the “Tax Policy” processing stressed that the solution must come from beyond the “dull thud of conflicting ideology.”

In my conversation with Pratt, I brought up these two points. It turned out that she had recently viewed the Smith video and she agreed that they were both using the term in the same context. She further stated that the solution to major policy problems must come through agreement of both the left and the right and it is her belief that such agreement will only come if the conflicting sides first agree that there is a problem and that the problem is clearly spelled out. She feels that products like Quantellia’s that analyze not only the “Big Data” surrounding the problem but also the beliefs of all players are important tools in breaking the national gridlock described by Smith.

She also pointed out that Decision Intelligence systems such as Quantellia’s can be helpful in correcting previously held opinions regarded as fact. The analysis made on the 2012 Presidential Election  showed clearly that previous analysis of the results was incorrect.

Pratt went on to say that she feels that technology such as Quantellia’s will be able to take on bigger and bigger major problems (she is presently involved in looking for funding to expand Quantellia’s project list). She feels that the younger generation that has been working with computers since childhood will demand that technological power be brought to bear on the nation’s problems and this belief keeps her enthusiasm high.

So, back to technology’s role in this attempt to bring sanity back to the political process. We have Smith using videos and web sites to support his grass roots approach to reforming our systems and we have Pratt’s big systems approach to analyzing the big problems that split the political spectrum. These approaches and, possibly others like them, give me hope that solutions are out there waiting to be found and implemented.

I welcome your comments on these points to my email (click here or use johnmac13@gmail.com) or in the comment box below. 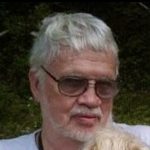 My experience is varied with overlapping interests -- over 50 years as a technologist (programmer, executive, consultant, owner of a consulting business); over 40 years as a Published Writer (with over 2,000 columns, articles, and news stories for newspapers, magazine. and news services); over 35 years as an adjunct and full time College Professor; Poet with 5 books of poetry published and, now, Poet Laureate of Town of Yorktown; and Radio Host with over 200 weekly Internet shows