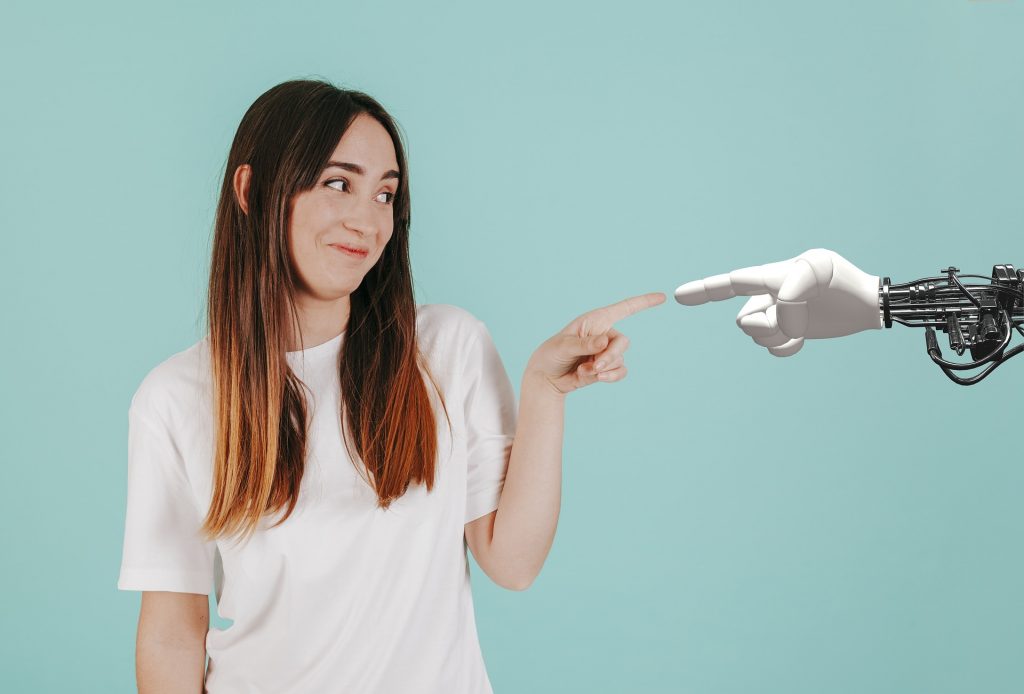 Like it or not, technology is everywhere. We have long ago passed a time where computers were relegated to men in white coats in distant rooms. It’s now in our pockets, in our faces, and mediates many of our relationships.

Yet, as Shoshana Zuboff explains in The Age of Surveillance Capitalism, recent years were characterized by AI and other manipulative technologies monitoring and controlling us, rather than the other way around.

As an AI professional who cares about the problems raised by AI systems, not just at the individual level but at the interface between technology and whole-systems change, I ask myself, what can be done?

Let’s start with the obvious:

Democracy is about empowering people, yet technology is increasingly disempowering us.

Would it make sense, then, to regain our agency by taking back control of AI?

Many have realized that the internet and social media created a false-or at least greatly flawed-democratization. Vyacheslav W. Polonski, writing in Newsweek, summarizes the situation:

“Instead of creating a digitally-mediated agora which encourages broad discussion, the internet has increased ideological segregation. It filters dissent out of our feeds and grants a disproportionate amount of clout to the most extreme opinions due to their greater visibility and accelerated viral cycles.”

So let’s take technology democratization as seriously as other key elements of democracy like the vote. Without a rebalance of power, it’s questionable whether we can ever overcome income or wealth inequality.

If technology can only be built by specialists, it creates a disparity that can be exploited.

The good news is that we’re already on our way. AI is maturing to the point that it has left the exclusive domain of academic institutions and the more PhD-infused technology companies. A “citizen AI” will, in contrast, fundamentally change the nature of democracy by shifting this power imbalance.

We are entering a “fourth age” of computerization, as follows.

The first age: Big Iron at a distance: The IBMs and NASAs of the world built and used big computers. Only specialists could use them. The key question they answered was: what is the result of this calculation?

The second age: The PC revolution: Now, the human-computer relationship is more equitable: we all use them. And the question machines answer is: how can I be more productive?

The third age: AI at a distance: AI represents a departure from most previous software, because the brain of all AI applications is a model: a bit of smart software that simulates something going on in the outside world: how people do at their jobs, what makes them switch telecom providers, what medical tests results indicate a disease.

Again, though, the relationship is asymmetrical, the realm of specialists. The resources and knowledge to build AI systems is held within organizations, not by individuals. And a common question these machines answer is: “how can we convince a person to take a small action: to click on something, to vote for someone, to believe in something?”

The fourth age: The personal AI revolution. This age is just beginning. As before, AI systems are based on models, but now, as in the previous transition, individuals are taking back control.

New systems answer a more practical question: “how can the software help me make the decisions I want to make in a complex world more effectively?” And so we can go beyond social media conversation to AI that helps us choose the most impactful actions. This is a big deal.

And this view is radical: it is a sharp departure from extrapolations of the third phase that we see in Hollywood stories of the robot apocalypse. Many of us have settled for the inevitability of the “AI will know me and control me better and better over time” mindset. But we can do better.

To reach the fourth age we not only need to break this mindset, but to turn it upside down: we become empowered AI builders by using this technology to see how our actions lead to the outcomes we care about. And the sooner we reach this fourth age, the better we will be able to make valuable use of this advanced technology to effect change in our broken systems.

Key technology elements that will make this possible include: federated learning (which lets us use AI to learn on our own devices without sharing data), transfer learning (to tailor general-purpose models to our own needs without the need for unrealistic amounts of data) AutoML (to make AI models easy to build), the growth of an engineering discipline around AI, Decision Intelligence (to move from “answering questions” to “choosing actions that lead to outcomes”, and to map and avoid the unintended consequences of technology’s introduction), and immersive, compelling, game-like visualizations, which will be our new way of working with hand-in-hand with AI.

This is an exciting transition, but it’s not widely understood. I encourage my AI colleagues to nurture the democratization and best use of AI. And to the rest: keep your eyes out for some exciting developments in 2020 that will bring this great technology to your desktop.

This article is reprinted from  Medium.